Tools, Utilities and Information to bend SharePoint to your will; emphasis on simplicity and cross-platform compatability

The SharePoint guys recently sent out this video on developing jQuery based client side web parts with the SharePoint Framework.

One thing that caught my eye when viewing the video was the module loading code in their render method:

Effectively this is saying “load jQuery… wait until it’s done… then load jQuery.simpleWeather… then call renderConents()”

Further, this all is wrapped in a conditional on “this.renderedOnce()” to not load these libraries multiple times… 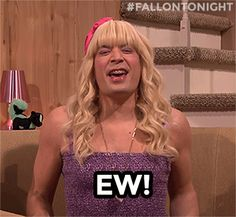 What if we needed a few more libraries that depend on one another – we’d end up with a massive pyramid of doom.

Don’t do this. please.

We could simplify this code with Promise.all(...) however, it’s true that jQuery.simpleWeather depends on jQuery so we need to load them in order. Loading dependencies using UMD from a CDN makdes for a nice teaching example, but we’ve got all these advanced module loading and bundling capabilities right at our fingertips already included with SPFx, let’s use them!

I’m going to show one way of mitigating this code smell – there’s other ways, but this is pretty straightforward.

What we’re going to do is add jQuery and jQuery.simpleWeather to the project via NPM so that it will be part of the webparts bundled javascript.

As webpack is also included by default, we’ll use its “require” method to pull in jQuery and simpleWeather

Since the required files are contained in the existing bundle, there will be no additional external requests to fetch the additional libraries and we can use really simple module loading to boot.

If we look at our timeline on the page, we see a single request to our simple-weather.bundle.js which now contains jQuery and jQuery.simpleWeather

So now the code performs better and is more maintainable. Fun!

Note: The jQuery.simpleweather library on the Github repo plays better with module loading, npm install the one from the github repo and you’ll be able to use jQuery in local scope rather than global.

Sean McLellan has over 12 years of experience in Microsoft platform solutions covering technologies such as SharePoint 2010, 2013, WCF, WCF Data Services, Asp.Net and MVC. Recently, Sean has gone all-in on blending traditional Microsoft-based development with JavaScript based solutions that increase developer productivity while enhancing the end-user experience. Sean has a passion for keeping abreast of the latest trends in web and cloud based technologies, and dabbles in flying arial drones from time to time.